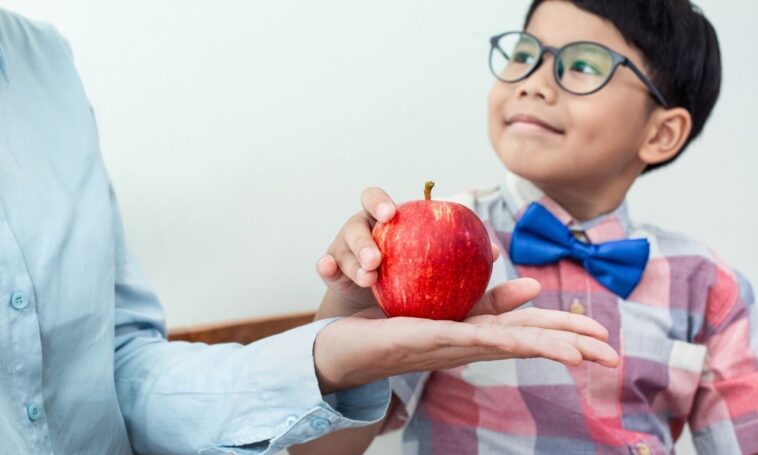 No one knows for sure why teachers get apples, but there are theories on how this tradition got started. These theories include:

Read on to find out more about each of these theories. We’ll also discuss whether it’s still in style to give apples to teachers, or if there are better gifts you can give to show your appreciation.

The History Behind Giving Apples to Teachers 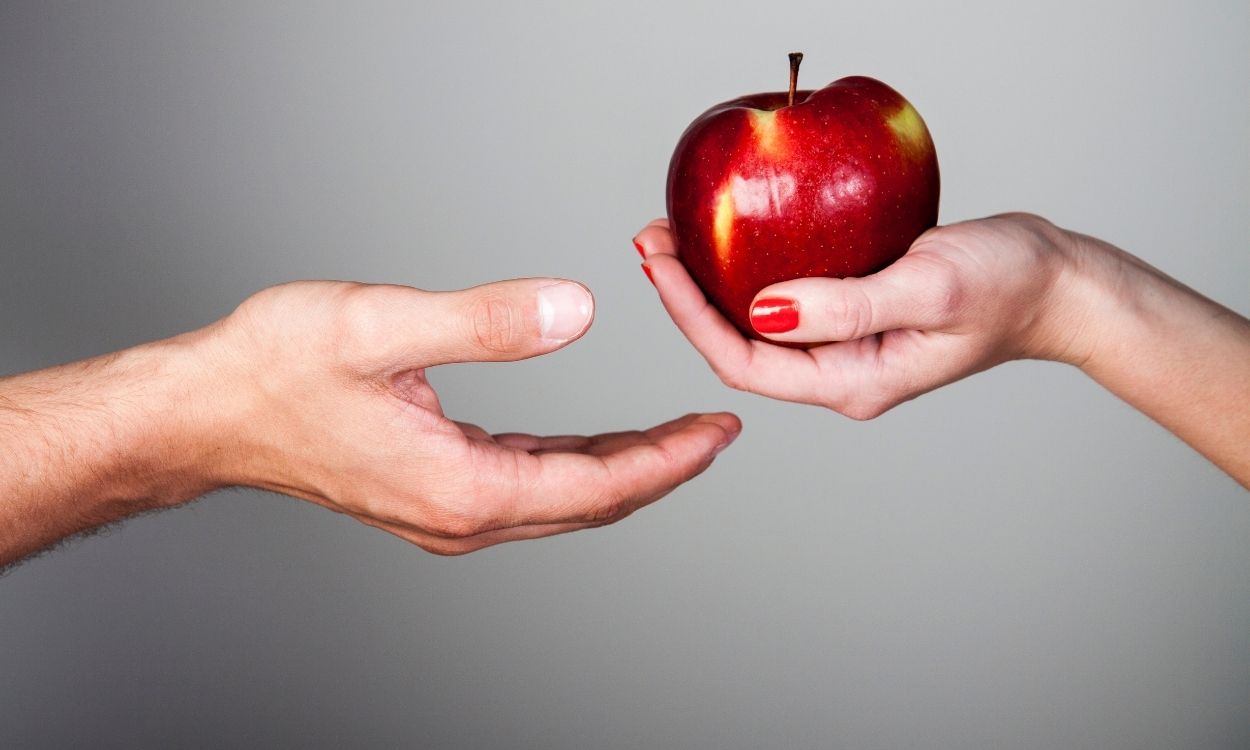 As you might have guessed from the opening, the tradition of giving apples to teachers has a lot of historical significance. In this section, we’ll look at some popular history-based theories for why apples have come to be associated with teachers.

Apples were Given as Payment

Apples first came to North America in the 1600s, but they were nothing like the apples we know today. They were small, bitter, and most commonly used to make hard apple cider.

Though these early apples were unpopular for fresh eating, they were highly valuable for cider-making. In areas where clean, fresh water was rare, the hard cider was considered a more sanitary drink than water. As such, it became a staple and was sometimes even used for trading in place of money.

During this time period, teachers were often unmarried women who were paid extremely low wages. Families were expected to help support these teachers, which would include providing food for them.

It was common for children to bring baskets of potatoes, apples, or other crops to teachers as part of their payment. Apples were especially valuable since they could be used to make a delicious, sanitary drink.

Apples were a Symbol of Knowledge

Another theory is that apples have long been associated with knowledge. But where did this association come from?

Way back in the second century AD, Aquila Ponticus translated the Old Testament from Hebrew to Greek. In the book of Genesis, he incorrectly translated the “Tree of Knowledge” to “apple tree.”

The idea that the fruit from the Tree of Knowledge was an apple has persisted through the centuries. Even today, apples are shown as the Forbidden Fruit in children’s Bible story books.

With this misconception being so prevalent and long-standing, it’s easy to see how apples came to be associated with knowledge, and, thus, became an ideal gift for teachers.

From the 1600s through the late 1800s, apples gained widespread popularity. They were easy to grow, could thrive in a variety of climates, and could be stored for much longer than other types of fruit. However, it was their use in making hard cider that made them so valuable.

Then came the early 1900s. As Prohibition spread throughout the U.S., people began to view apples in a much more negative light. Just as the hard cider led to the popularity of apples, it also began to destroy their reputation.

As the nation pushed toward abolishing alcohol, the market for apples dropped drastically. Apple farmers watched as their livelihood began to disappear, and they knew something would have to change.

Year after year, apple farmers cultivated their crops to produce sweeter, more appealing apples. Marketing strategies were put in place to tout the health benefits and delicious flavor of raw apples and non-alcoholic apple products. You know the saying, “An apple a day keeps the doctor away?” That saying likely originated during this time.

Gradually, the apple’s reputation began to recover and it became a popular snack in its own right. At this point, the tradition of giving apples to teachers started to take a firmer hold. It was a great way for parents and students to show appreciation for the teacher by giving him or her a tasty, nutritious, and convenient snack.

Other Reasons Why Teachers Get Apples 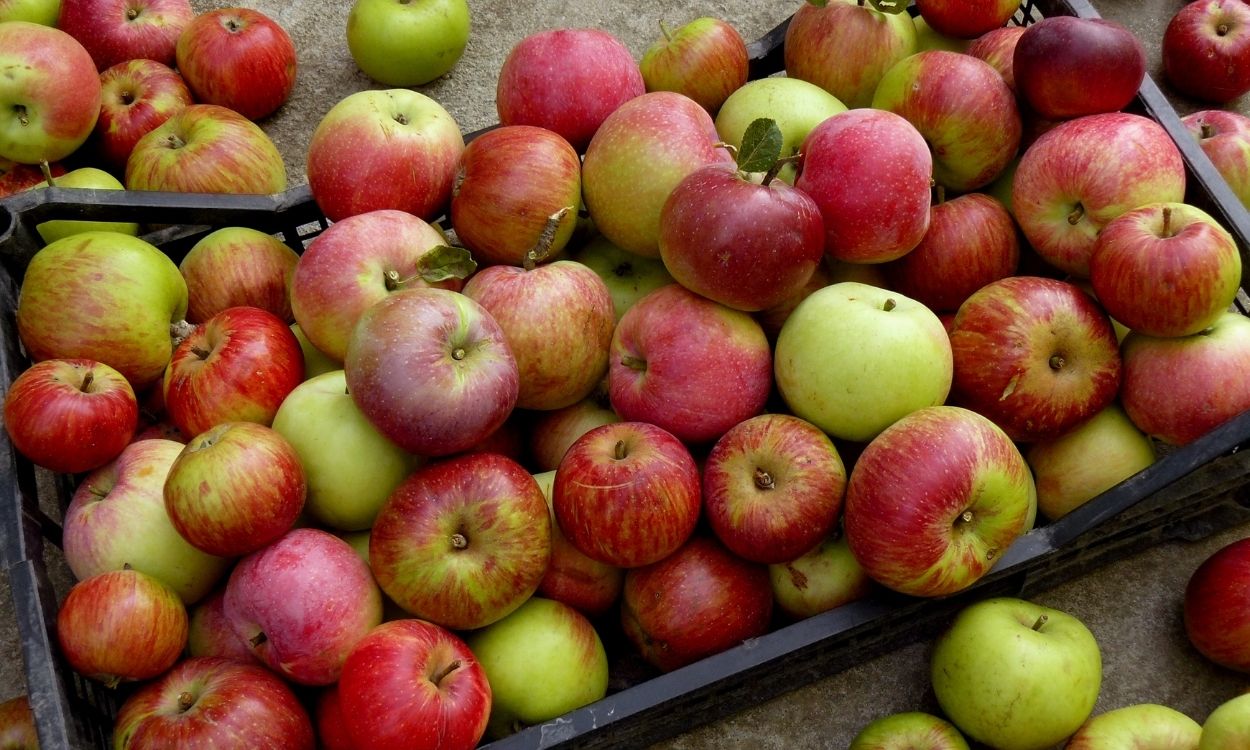 In addition to the historical significance, other factors have contributed to the tradition of giving apples to teachers. We’ll take a closer look at the connection between apple harvest and the start of the new school year, as well as the role pop culture has played in cementing the apple-teacher association as a timeless tradition.

Apple Harvest Coincides with Back to School

The apple harvest typically begins in late summer and runs throughout the fall, so apples are most in season at the time when kids are returning for a new school year.

In addition, apples can be stored well into the winter and even the following spring, making them a readily available and relatively cheap gift for the teacher anytime throughout the school year.

Bing Crosby’s 1939 song “An Apple for the Teacher” went a long way in popularizing the idea of giving apples to teachers.

The song made comically fantastic claims such as “An apple for the teacher will always do the trick/ When you don’t know your lesson in arithmetic.” It’s no wonder giving apples to teachers became a popular ploy among students who wanted to get on their teacher’s good side!

Since that time, movies and TV shows have further contributed to the tradition. Scenes of teacher’s pets giving their teacher an apple or an apple sitting on a teacher’s desk have graced the screen so many times that viewers have come to expect it.

Which leads into the next question. How does the tradition you see so often in the movies translate to today’s classroom?

Is it Still Okay to Give Apples to Teachers?

Obviously, we’re long past the days when teachers received food as part of their payment, and the idea of leaving an apple on a teacher’s desk may seem cliche or outdated now. Is giving apples to teachers a tradition that should be left in the past? Is it nothing more than a movie stereotype, or is it still socially acceptable to give apples to teachers?

Unless there are school or district policies against doing so, it’s perfectly okay to continue the tradition of giving apples to teachers.

Apples are a timeless gift because they are cheap, abundant, healthy, and delicious. They still make for convenient and popular snacks, are still widely considered symbolic of knowledge, and are still a great way to express appreciation for your favorite teacher.

That said, if you want to be unique and different, there are plenty of other ways to express appreciation. Gifts for teachers abound online and in gift shops, and giving more personalized gifts can be a great idea for certain teachers.

We’ll take a closer look at some alternate gift ideas for teachers in the section below.

Alternate Tokens of Appreciation to Give Teachers 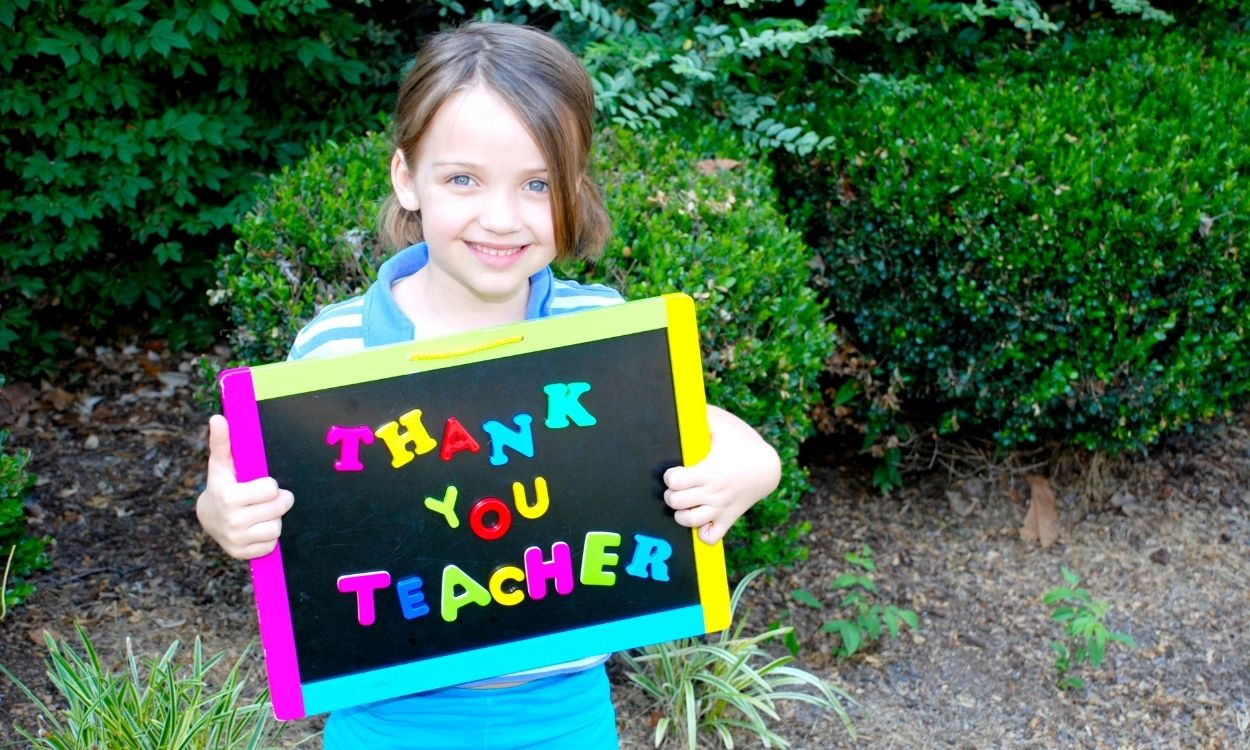 Conclusion – Why do Teachers Get Apples

The history of why teachers get apples can be traced as far back as the second century AD. Through the years, there have many reasons why students and families would give apples to their teachers. Today, some students still give apples as a sign of appreciation for their teachers, but there are many other ways to show this appreciation as well.

Beau is a teacher, entrepreneur and the founder of The Moneywise Teacher! He started this website to help educators make and save more money. 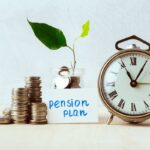 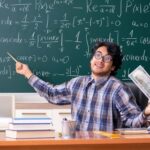