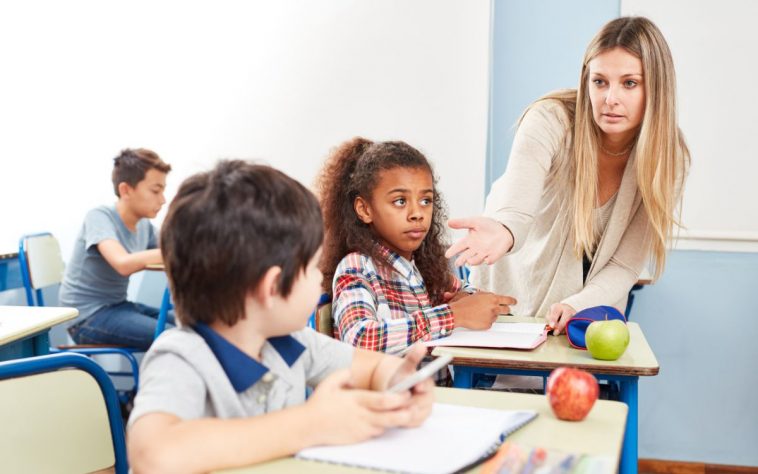 The times are changing, let’s face it. The world is not the same as it was twenty or thirty years ago. Just like each of us had to learn to adjust to new cultural and societal norms, so did our teachers. Teachers have been trying to decide whether to ban cell phones in the classroom for over a decade. They are great for learning with apps such as Quizlet and Kahoot, but they can easily become a distraction. It is difficult to trust that the students will be able to manage their technology appropriately.

The school system had a major transition during COVID-19. Teachers and students were forced to adapt to new learning methods and styles quickly. To do that, students and teachers were forced to rely on technology. Between zoom classes, video lectures, and homework after school, students ended up on their phones for the majority of the day for school alone. Students were already obsessed with their phones but COVID-19 enhanced it. Now that being said, should teachers be allowed to take away phones?

If a student is on their phone during class, the teacher is legally allowed to confiscate your phone. They are not allowed to search a student’s phone without the student’s verbal permission. Depending on which state you live in, the laws can change.

Transition to Technology in the Classroom 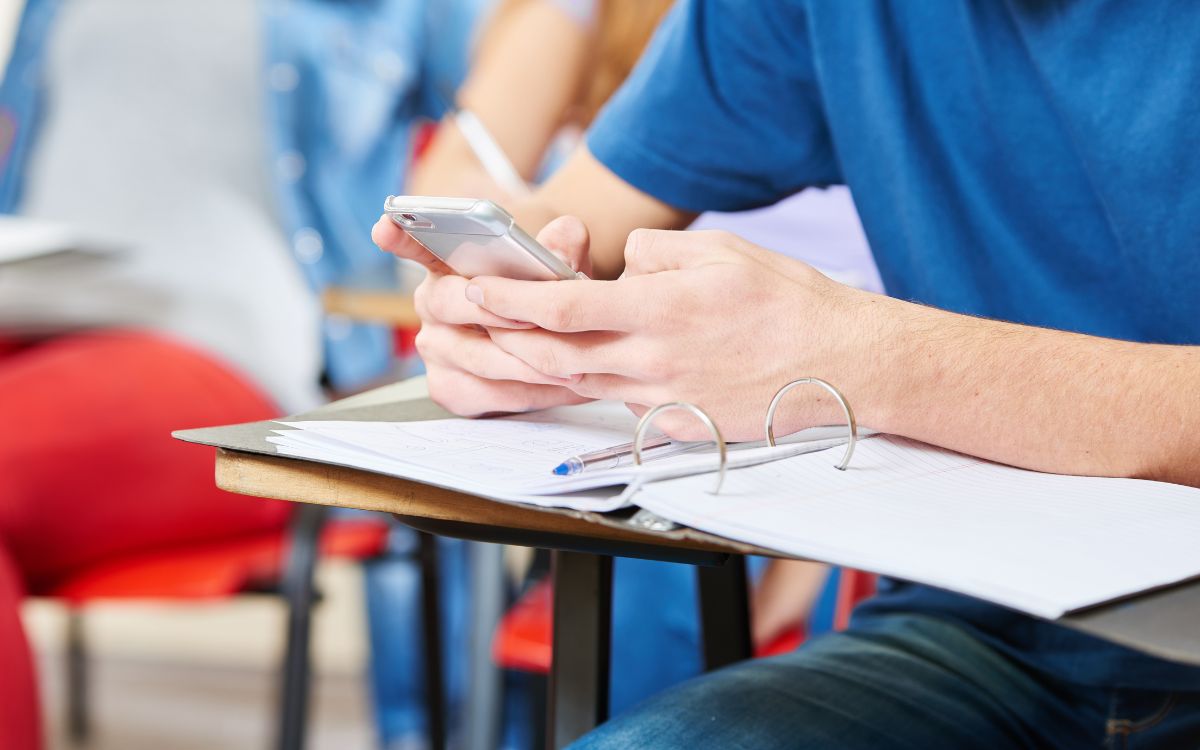 Let’s be real, technology was never an issue twenty years ago. You learned from your teacher in class and you studied from books in your local library. Teachers and students became professional users of classroom technology through the Covid-19 pandemic. Even though schools are opening again, technology is still required while completing schoolwork. The National Center for Education Statistics states that 88% of teachers are using the internet in the classroom.

Everyone is still transitioning out of the remote school lifestyle but it will never go back to the way it was. Technology gives teachers more creative ways to teach students and it gives students creative ways to learn. Because of this, students will be more prone to pulling out their phones while answering a question in class and may get distracted by a notification on their phone. Though technology can be a useful tool in the classroom, it should be used in a controlled environment. A student’s phone holds their entire universe inside it.

The Pew Research Center writes about how reliant on technology young people are. They stated that 95% of 13-17-year-olds have a smartphone. If they have their phone nearby, it is hard to control when they pick it up or if there is a notification on their phone that might distract them.

However, it is the student’s decision whether they want to focus in class or not. They can put away their phones when they are not using them for school purposes. They can put their phone on ‘do not disturb’ so they do not get distracted. It is completely their choice but if they cannot control their addiction to their phone, it is the teacher that has to deal with them being distracted or distracting other classmates.

While baby boomers were in school, the classroom dynamic looked a lot different than today. They were taught that their teachers were always right, they did not have technology in the classroom, and they were hit if they were acting out. Obviously, none of that applies now. So, how do teachers discipline students for acting out today?

Teachers still send disruptive students to the principal’s office or give them more work to do or detention after school. What if their phone is a part of the problem? If students are texting in class or showing funny memes to their classmates, how can teachers discipline their students so they can get the point across? Technology that was meant to be introduced as a positive tool in the classroom has now opened the door to a small device that has the power to overtake the classroom.

Teachers are learning about this new style of teaching at the same time as the students. The process is ongoing. The only difference is that a teacher’s ability to learn while maintaining control of the classroom is a different type of difficulty. They are not allowed as many mistakes as a student because that mistake could mean losing the focus on the entire classroom.

The attention span of a young person has dropped so low that they are only able to focus for as long as eight seconds before they get distracted again. It has become so bad that young people’s attention span is compared to that of a goldfish. Those eight seconds could mean the difference between a schoolmate distracting their friend. It might be easier just to take the phone once you notice a disruption or at the beginning of class.

Cell Phone as a Personal Belonging 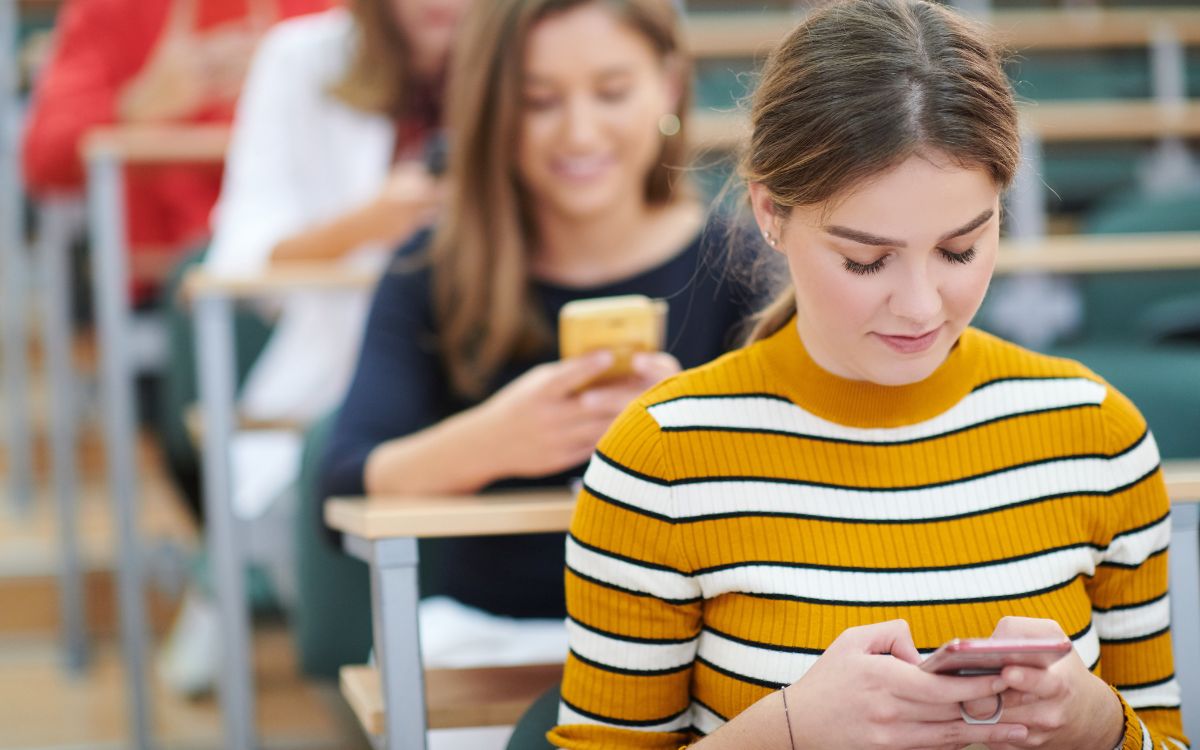 Cell Phones have become an attachment to ourselves. They have our entire worlds in this little box. How would a young person survive if they did not have that attachment? Cell phones are considered to be someone’s personal belongings. Naturally, you would think that a teacher should not be allowed to have control of a personal belonging in a classroom but once you step into the classroom, it is the teacher’s job to keep a controlled environment.

Cell phones have allowed students with creative ways to help study and learn the material. They have allowed creative games to be played in class for everyone to enjoy. They have allowed learning to be accessible in a way that multiple types of students can learn. Technology has opened a lot of doors for teachers and students to make the classroom a better place.

Teachers may be able to control the classroom but they will never be able to control what is going on inside of each student’s cell phone. Teachers trying to get the attention of their students has been a struggle for every teacher. Cell Phones and technology are the newest challenges for them. The teacher does control the classroom and they should have every right to find a way to get their students’ attention.

In the past decade, technology has now been included on that list. Taking away a young person’s cell phone will get their attention very quickly considering that most young people have a cell phone addiction. 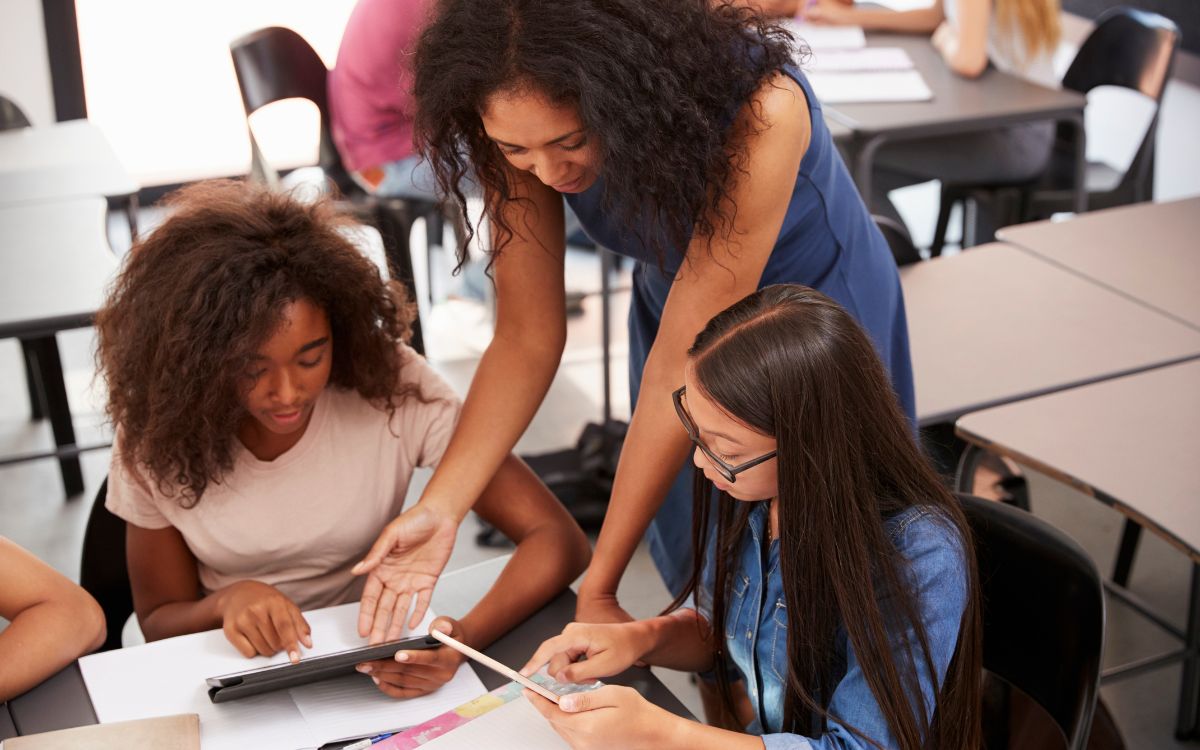 Teachers could continue to discipline the same way as before technology existed. They could send them to the principal’s office or give them extra homework or give them detention. If a teacher cannot learn to adjust to the changing culture of the classroom, then they will go extinct. It is best if they hit a learning curve while learning now how to deal with technology and then never adjust.

Students will still be allowed their cell phones in class for learning purposes if their phones are only taken away when they are being disruptive. This will quickly teach them that not being able to manage their technology use will cost them in class. They would be able to play the class games and have access to the online world for research purposes.

Even the noise and light of having a technological device in front of a student can be proven to be distracting as well. Some teachers have students put their phones in a box at the beginning of class. They stay there during the class session and they can pick them up once their class is over. Of course, if there is an emergency, they can pick up their phones. Putting their phones away allows for their attention to be on the lesson instead of whatever is on their phone.

COVID-19 has made a difficult problem even more impossible. Challenging a student’s phone activity is difficult but it is their job to determine what is a useful activity in the classroom and what is disruptive behavior. Technology has many positive effects on the classroom but the negatives can be harder to deal with at times.

Taking away a student’s phone when they are being difficult in class makes sense but what if you cut out the middleman? Teachers might as well take their phones at the beginning of class and then give them back at the end of the lesson. This will allow the students to focus completely on the lesson.

Again, it is the teacher’s job to control their classroom. Teachers need to learn that technology is their biggest challenge, not their students. If they can learn how to adjust their learning methods with technology then they and the students will succeed greatly.

Teachers are at the forefront of raising up the next generation. If teachers can learn how to adjust their learning styles and students can learn how to manage their technology use then the upcoming generation is off to a good start. Maybe taking away their phones might not be a bad thing. So, what do you think? Should teachers be allowed to take away phones?

Danielle is a fun-loving and creative writer. She is passionate about traveling and enjoys writing about her adventures around the world in her free time. 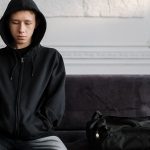 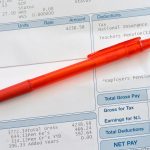